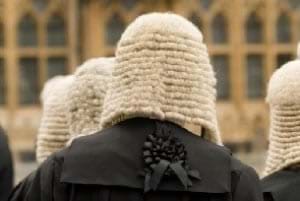 A number of lawyers within the Ghana Bar Association (GBA) especially those who have been blacklisted by the Association of Magistrates and Judges say they are considering a break away from the Ghana Bar Association. According to them, the Ghana Bar Association has not been proactive in their defence and has rather abandoned them in their time of need. Abraham Amaliba, one of the proponents of the splinter Bar Association and one of four lawyers blacklisted by the judges after alleging corruption within the Bench but have so far failed to provide proof, told Citi News that the GBA has turned a blind eye towards their concerns. The Bar Association has issued a statement asking the four lawyers - who first made the allegation at a roundtable discussion on corruption - to apologize if they fail to provide supporting evidence to back their allegation. The statement also suggested the prosecution of Chris Ackummey, one of the four, for alleged complicity in the bribery of the late Justice Abanga. Mr Amaliba revealed to Citi News that after plans of the formation a splinter bar association were made public, the Ghana Bar Association has become aggressive towards some of them. “It is just a matter of time and we would see that an alternative Bar would come out. If you belong to an association that does not take care of your interest what you do? You are free to form another association. "We are not bound to be with the association forever, we could decide to form another association which would take care of our interest. It is in our right to do so”. However, another blacklisted lawyer, Chris Ackummey, who made an emphatic allegation against the late Justice Abanga told Citi News that he will not begrudge his colleagues for planning a splinter Bar Association but will remain a member of the current Bar Association. “According to the Constitution, people of like minds can form an association, so if they intend to do that, it's okay but I am not going to leave the Ghana Bar Association today or tomorrow because of this impasse. “I would stay in and do whatever I have to do in order to correct the wrongs in the association and raise the level of the association to an appreciable level”. In another development, the Forum for Governance and Justice has accused the GBA of intimidating lawyers who have alleged judicial corruption against some Judges. The convener of the Forum, Dr Clement Apaak told Citi News that the Bar Association's suggestion that Mr Ackumey be prosecuted for complicity in a corrupt act is a tacit admission of the allegations made by the lawyers against the Bench. Dr Appak described the GBA’s stance as strange and surprising.