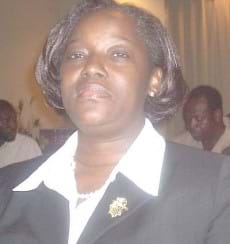 The Acting Commissioner of the Commission for Human Rights and Administrative Justice, Ms. Anna Bossman, has showered praises on his immediate past Head, Mr. Emile Short for his vast contribution to the Commission. Madam Bossman has however expressed surprise at Mr. Short’s decision to retire voluntarily from the Commission. Madam Anna Bossman who took office from December 1, 2010 which coincided with her birthday, told Citi News that she and her colleagues had always enjoyed optimum support from Mr. Justice Emile Short. Mr. Short’s retirement came just a day after the Commission had cleared the Former Minister of Youth and Sports, Mubarak Muntaka of all allegations of abuse of office and corruption levelled against him by some officials of the Ministry and National Security. Madam Bossman told Citi News she and her colleagues would always tap into the expertise of Justice Emile Short due to his vast experience. “It came as a little bit of surprise because the age of mandatory retirement for a Court of Appeal Judge which is the same for the Commissioner is 70 years old so most of us were expecting that he will retire at 70 which is in about two or three years time. I have always enjoyed his support as the first Commissioner for CHRAJ. He actually set up the commission so there is a lot of expertise that all of us have gotten from him that’s why I am a bit surprised about his exit” she said. This will be the second time Ms Bossman is acting as the CHRAJ Head. She once headed the Commission for close to five years whilst Mr. Short was on a national assignment in Tanzania as a Judge for the International Criminal Tribunal of Rwanda. Justice Emile Short, who has served at CHRAJ since its inception in 1993 told Citi News he had long planned this voluntary retirement around this time. “I decided as far back a year ago that around this time, I would retire voluntarily and a month ago I gave the required month’s notice to the President that I intend to retire voluntarily at the end of November 2010. That is my personal decision and I am not one of those who believe that you have to stay in public office until your retirement age comes then you drop. I believe that there is a decision that each person has to take at a point in time and that’s just what I have done” he said.