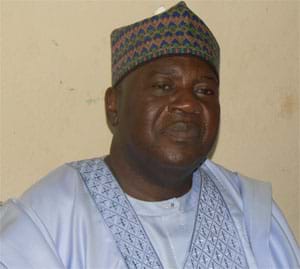 Information reaching citifmonline.com indicates that former Vice President of Republic of Ghana, Alhaji Aliu Mahama is dead. The news was confirmed by the Chief Executive Officer of the Korle Bu Teaching Hospital, Prof. Otu Nartey. The 66 year old soft-spoken politician passed away at the Korle Bu Teaching Hospital after several days at the Cardio Centre of the hospital. He is reported to have been suffering from a heart condition and was on life support for several days. He was Vice-President of Ghana from 7 January 2001 to 7 January 2009. A quantity surveyor by occupation, Alhaji Aliu Mahama was born in Yendi and was married to Ramatu Aliu Mahama. The news comes days after President John Dramani Mahama directed the Korle Bu Teaching Hospital to do all within its power to provide the necessary care for the former Vice President after news broke of his illness.

As a young man, Aliu Mahama studied at the Government Secondary School, Tamale from 1960-67 for his Ordinary and Advanced Level Certificates. He proceeded to the Kwame Nkrumah University of Science and Technology, Kumasi from 1967-71 where he obtained the BSc degree in Building Technology.

Alhaji Aliu Mahama started his working career at the Bolgatanga regional office of the State Construction Corporation as an Engineer/Construction from 1972-75. He was promoted to Assistant Regional Manager and posted to the Koforidua Regional Office of the Corporation from 1975-76. He held the position of Regional Manager in charge of the Northern Region, Tamale from June 1976 – August 1982. In 1982 he successfully established his own Civil Engineering and General Construction Firm – LIDRA Limited and became its Managing Director. He became the Chairman of the Northern Regional Contractors Association in 1996 until the December 2000 Elections.

Alhaji Aliu Mahama is also an Aluminus of the Ghana Institute of Management and Public Administration (GIMPA). In order to sharpen and deepen his management and leadership skills, he obtained two certificates from the Institute in Project Planning and Management and in Leadership. He had exceptional interest in Local Governance and Community Development. Accordingly he was Councillor for the Yendi District Council in 1978 and Assemblyman, Tamale Municipal Assembly in 1990. He was the Chairman of the Economic Development Committee of the Tamale-Louisville Sister State Committee. He had been board member of several Secondary Schools in the Northern Region including the Tamale Polytechnic. In his leisure time, he loved reading, football and badminton. He is a founding member of the Real Tamale United Football Club.