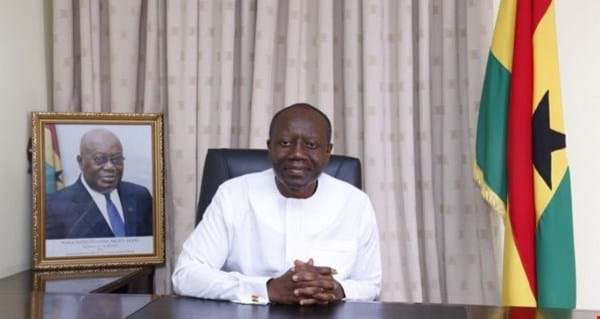 The three include the country’s growth target as well as fiscal deficit target.

Another economic indicator that will not be met is the country’s primary balance.

According to the Finance Minister the country’s primary balance is currently in the negative.

”We clearly will miss at least three of the fundamental targets which is growth we are not sure, and then the fiscal deficit what is meant to be about -5%. We think it might be closer to double digits than what it is. And then we also have our primary balance being negative which means that we are borrowing to support interest payment. But we are hopeful”.

The previous government had projected a primary balance of 1.3 percent of GDP for 2016 after recording negative 0.2 percent in 2015.

Addressing the media, Finance Minister Ken Ofori Atta said he was confident the economy will make a turnaround due to a number of policies that will be put in place by government to rectify the situation.

”I think with fiscal discipline we should be able to do much better. But in generality, it’s a focus to kind of restore policy, discipline, credibility and create the transparence that we feel is required and clarity.  Our expectation is to avoid things like the Ghc7billion that his Excellency the Vice President talked about”