Young Meredith Musician To Embark On International Tour To Ghana 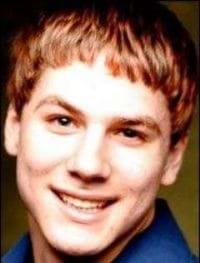 Mark Farah, 15, of Meredith will be heading to Ghana, Africa, during the last two weeks of June to perform what will be the first in a string of international music concerts for an audience expected to number thousands. Musical talent has always been one of Farah’s strengths. He has been the lead keyboardist of his church since he was 10-years-old and he just released his second album earlier this week. Farah comes from a long line of musicians and is following in the footsteps of his grandfather, Bill Baize, who was a member of the Stamps Quartet and one of Elvis Presley’s backup singers. His mother, Susan, is a singer-songwriter, boasting a six-album discography whose songs are known all across the country. The last concert Farah performs before leaving for Ghana is scheduled for Sunday, June 1, at 10 a.m. at the Center Harbor Christian Church off Bean Road. The concert is free; for more information, call 253-8088.