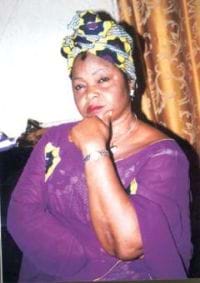 Popular actress, Hassanat Taiwo Akinwande a.k.a. Yetunde Wunmi, is in trouble again, we can reveal Investigations revealed that the actress, who was handed a one-year jail term with an option of N1 million fine for peddling hard drugs last year, is currently being trailed by drug barons for recording a true life story tagged Egboogi Oloro (Hard Drugs). NFC learnt that the top actress ran into trouble after the preview of the film at the Eko Reel Mix Multipurpose Hall, Agidingbi, Lagos. Speaking from a hideout in Ibadan, Oyo State, Wunmi said “I have been receiving anonymous calls, threatening that if I release the film, I would be in trouble because I want to reveal the secret behind drug peddling.” Also, the marketer of the film, Alawaye Ventures, told us that he has been having problems in every area from the Censors Board, to dubbing and marketing of the film. Alaga Bam-bam, as he is fondly called, said those who do not want the film released “have been planting their people all over the place but we will go ahead and release the film no matter what, next week.” Hassanat, however, appealed to well-meaning Nigerians to help in anyway to make sure that the film is released. “I want to tell my true life story and to prevent others from falling into my kind of mistake in future,” she stressed.