Who’s The Most Beautiful? 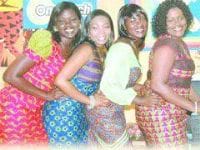 As the second season of the now popular Ghana’s Most Beautiful pageant rolls to an end this Sunday with the final showdown, there is a very pertinent question that is likely to be on most people’s mind: How will the coveted title and the car at stake be won? And the answer could be: the big stage fright at the National Theatre or the inability of the contestants to garner the maximum votes. In the first season, the finalists, after weeks of striving to stay in the competition, almost turned what should have been the icing on the cake into a near gimmick as they failed to impress with their presentation and embarrassingly fumbled when they were asked to recite either the National Pledge or Sing the National Anthem. That was blamed on the huge audience and stage fright. But with the exhibition of dexterity in whatever task they have performed in this season’s event, showing so much consistency, poise and eloquence on the stage created at TV3’s Adesa We, it is difficult to predict what would bring down the high quality performances from Fanny, Ruweida, Adoley and Eyram to a disappointing end. The four finalists have over the weeks of competition, endeared themselves to viewers to a point that but for the public votes, it would have been an arduous task for the judges to decide. But while the finalists’ fate is probably tied to the decision of the voting public, one fact remains: that all four of them stand on the threshold of making history in the competition’s second season. Fanny, could win the event for a second successive time for Central Region, historically repeating the feat chalked by her predecessor, Ama. There is also Eyram, from the Volta Region who this time around could wrestle the title from the Central Region after the one before her, Esinu, failed to win even though she came so close in second place in the first season. For Ruweida and Adoley, representing the Northern and Greater Accra Regions respectively, getting this far means they also have an equal chance to win considering the fact that in the first season, their representatives failed to make it to this level. As the ladies have indicated, records are meant to be broken and history is meant to be re-written. Come Sunday at the National Theatre, each one of them is determined to claim her own place in the golden books of the event. And judging by the performances of these ladies, it will be really a close contest that could only be probably determined by the power of the public votes if that remains the determining factor to choose the winner. However, as the final days edged closer, Ruweida and Fanny have been in the forefront and look poised to run neck-and-neck for the title. Last week, the ladies gave a sneak preview of what the audience and fans should expect on Sunday and in the judge’s estimation, Ruweida came up tops in the projects they would undertake if given the mandate. Ruweida, looking graceful as always, chose to work on the Guinea Worm Project, a problem she identified as a drawback on her region’s development. Her presentation, choice of targeted working groups earned very positive comments from the judges who all agreed that her project was specific, easy to achieve and more tangible. Fanny, who has always drawn deep on culture, chose to promote culture, a project the judges described as lacking specific definition. Eyram was concerned about sanitation and thus chose to make it her project but to the judges, much had been said about that already but little had been done and wondered which aspect of sanitation she was going to tackle as it was indeed, a broad subject. Adoley chose to be an advocate for the disabled, and the judges again said her project, much as it was laudable, lacked specification and advised her to narrow it a particular area to make it more attainable. On Sunday, the judges will have no power to decide the winner, the ultimate responsibility rests with viewers and fans of the show whose votes through the text polling will determine who is crowned the winner of the event. Hopefully, history will not repeat itself when the least impressive contestant of the night won the competition because she was in the opinion of viewers then considered the most beautiful during the first season. The theme for the show is Redefining Ghanaian beauty and so far the ladies have proved that Ghanaian beauty goes beyond the physical looks and appearance. Fans have been very receptive and voted according to performance and on Sunday, that focus should not be overlooked.