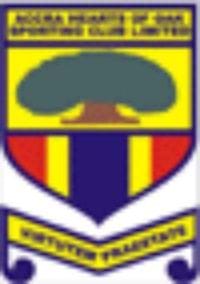 Wasteful Accra Hearts of Oak has been left licking their wounds after drawing goalless with visiting Real Tamale United (RTU) in the 20th Week of the Onetouch Premiership encounter at the Ohene Djan Stadium on Wednesday. Hearts who required a win to pump their fortunes in the League were inefficient in front of goals on an afternoon where the visitors should have been loaded. The Phobians, whose performance infuriated their followers had glorious chances but lack of composure and amazing near misses ensured the “Pride of the North” made their journey back home with a vital away point. The homesters missed as many as six glaring chances by the 20th minute when the visitors were still struggling to settle down. With both sides appearing fatigued, the tempo of the game diminished and Hearts’ Bernard Don Bortey’s decision to pass the ball to Ishmael Addo instead of shooting from a close range was to cost the Phobians five minutes from the half hour. Bortey had advanced beautifully from the middle, swept aside his markers and with goalkeeper Charles Kipo at his mercy, the speedster took the strangest option by passing to Addo just for the ball to roll across the face of goal to leave the visitors lucky. RTU sat in defence and managed to soak lots of pressure from their host with their closest chance of an upset coming on the 57th minute mark when the inclusion of Shilla Alhassan was beginning to pay off for them. Alhassan sent a fine cross to Fatau Mohammed after a solo run but the latter headed wide with Hearts goalkeeper Saani Mohammed committed. Pressure sudden swung and RTU became the beneficiary but Fatau and Kwame Adzagba failed to punish Hearts whose growing frustration to score was telling on their play. With the clock ticking and Hearts supporters growing inpatient, the players responded with series of attacks and yet proved impotent upfront as the well composed RTU team dealt with all the 50-50 balls as they played a relaxed game to send the teeming Hearts fans home down hearted.