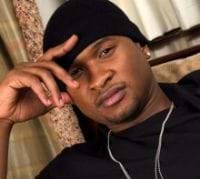 Usher has reportedly filed for separation from his wife Tameka Raymond. The Love In This Club singer - who has been married to Tameka for nine months - is said to have filed official papers three weeks ago, but is unsure whether to make a public announcement or let the news "leak" out. Gossip website theyoungblackandfabulous claim: "Extremely reliable sources close to Mr Raymond himself have confirmed to us that Usher has indeed filed for separation from his wife of only nine months Tameka Raymond. I'm told he actually filed three weeks ago. And Usher is torn on whether he will be making an official announcement or not as he wants to save face and just let it 'leak'." However, the website also alleges the 'separation' could be a publicity stunt for Usher's new album Here I Stand, which is released worldwide at the end of the month. The story continues: "How convenient that his album releases in exactly six days, his second video hit the net today, and his album leaked yesterday. We've been here before with the pre-album release publicity stunts." Meanwhile, Usher recently revealed he had penned a song entitled Best Thing with Jay-Z about the joys of being a newlywed. He said: "Of course, with the talk of both of us now being newlyweds, there is a question as to why, and is it real? Well, if you hear that song, you'll understand what Jay-Z meant when he says, 'Seeds becomes plants/ Boys become men/ You've got to grow up, not down'." Usher and Tameka have a five-month-old son, Usher Raymond V.