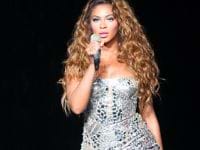 What kind of event could get U2, Beyoncé, Mary J. Blige, Bruce Springsteen, Usher, Will.I.Am, John Mellencamp, Shakira, Garth Brooks, Sheryl Crow and Josh Groban to share a stage? A massive charity concert? A glitzy awards show? No, try the inauguration of President-elect Barack Obama. Those celebrities and a ton of others have signed up to perform at "We Are One: The Obama Inaugural Celebration at the Lincoln Memorial," the first of many official events sponsored by the Presidential Inaugural Committee. According to The Washington Post, the 90-minute concert will begin on Sunday at 2 p.m., and HBO will air it for free (for all cable and satellite subscribers) that night at 7 p.m. Details are still being finalized, but the theme of the show will be Obama's place in history among other presidents who've led the country in difficult times. Many of the artists will cover songs that have historical resonance or connect with the theme of the day. "It's not a celebration of victory; it's about the country coming together for the future we're going to face," executive producer George Stevens Jr. said on Monday, according to the Hollywood Reporter. "There's a sense of history about it. Much of the music will be in the context of that history. The Lincoln Memorial is a kind of sacred site." The site of Martin Luther King Jr.'s "I Have a Dream" speech will be filled with a variety of sounds during the show, including the music of Herbie Hancock, John Legend, Heather Headley and Sugarland's Jennifer Nettles, as well as historical passages read by Denzel Washington, Queen Latifah, Jamie Foxx and Martin Luther King III. Each artist will perform one song, with a number of duets or trios, often of songs the singers have never performed in public before. Obama, Vice President-elect Joe Biden and their families will attend the concert, and Obama will appear onstage.