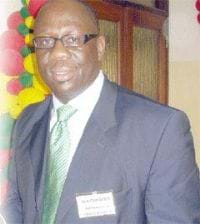 Board Secretary of Hearts of Oak, Ernest Thompson, has advocated a conscious programme to train and upgrade indigenous football coaches to make them equal to the challenges of handling national teams. He has consequently endorsed CAF’s decision to licence the continent’s football coaches and urged Ghanaian coaches to take advantage of the incoming regulation to upgrade themselves. Mr Thompson said the pedigree of Ghana’s present Black Stars players, and the trend of the game on the world stage, require outstanding qualities from the coaches who take charge of Ghana’s national team. In an interview with the Graphic Sports following the announcement of Frenchman Claude Le Roy’s imminent exit, the experienced football administrator said “only a programme designed to improve the standards of indigenous coaches and their own efforts to upgrade themselves with the requisite knowldge and expertise, would make them competitive in the constantly challenging world of football coaches”. While deploring the exit of Le Roy, he said the consistent changes in the technical leadership of the national team has damaged the fortunes of the Black Stars, rather than sustaining the modest gains over the year. “It is regrettable that Le Roy is leaving after just two years. We can imagine how useful it will be if he had the chance to carry the team through the Nations Cup and World Cup qualifiers. “Team-building is crucial in football and it goes with consistency in technical leadership,” he said, emphasising the opportunities missed in employing as many as five expatriate coaches in six years. Indeed, from Milan Zivadinovich’s appointment and sudden departure in 2002, Ghana has employed and parted with Ralf Zumdick, Mariano Barreto, Ratomir Dujkovic and Le Roy. A similar problem exists in Hearts where the turnover of coaches is about the same as with the Black Stars. “It doesn’t help, and we acknowledge that fact, but we are constrained by various factors,” he said.