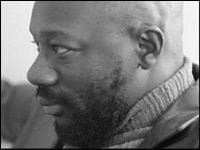 Soul legend Isaac Hayes, who died aged 65 on Sunday, was killed by a stroke, US authorities have said. The musician's doctor listed it on his death certificate, while there has been no post mortem, said Memphis sheriff's spokesman Steve Shular. Mr Shular added that Dr David Kraus was treating Hayes, who suffered a stroke in 2006, for high blood pressure. The Oscar-winner was found at home by members of his family lying next to a treadmill which was still switched on. Memorial service Police officers were among the emergency services who were called to Hayes' Memphis home and had been investigating his death. Dr Kraus also recorded there was no indication that Hayes had suffered head injuries or any other trauma, the sheriff's office added. The singer, who provided the voice of Chef in South Park, was taken to hospital where he was pronounced dead. A memorial service for the star will be held at the Hope Presbyterian Church in Cordova, Tennessee on Monday. His family issued a statement on Tuesday which said: "While he was an iconic figure to many, to us he was husband, father and friend. "We will ever miss his love, wisdom, humour and the familiar comfort of his voice." Hayes, who won an Oscar in 1971 for the theme from the film Shaft and was inducted into the US Rock and Roll Hall of Fame in 2002, was married four times and has 12 children. His death prompted a wave of tributes from fellow musicians, including singer Gloria Gaynor, who called him "a gentleman and an extremely warm and talented artist".