Snoop Calls In The Big Guns 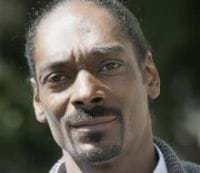 Snoop Dogg has begged Sir Paul McCartney and Madonna to help him get into the UK. The rap star - who has also called on soccer ace David Beckham to back his cause - wants his A-list friends to write to UK Prime Minister Gordon Brown to insist he is granted a visa. Snoop was arrested at London's Heathrow airport in April 2006 after his entourage vandalised a whiskey shop and attacked seven police officers when they were turned away from the first class lounge. Snoop said: "I love London and I'm desperate to come back. I've called David Beckham, Sir Paul McCartney - hell, I want to get the whole of the Beatles to help me get back in. "I'm trying to get through to Madonna as well. I'd love them all to write to the Prime Minister to change his mind." The star has also urged his fans to support his application for a visa. He added to Britain's Daily Mirror newspaper: "You got to help me too. London was one of the first places I came to when I first made it. The people are so warm and friendly and I need to be there for my creativity. "So tell my fans I have not forgotten them and I have not given up hope. Shout out to them all - especially the ladies."