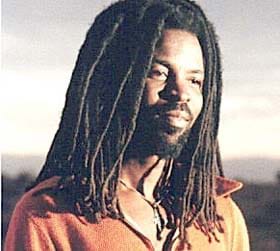 Ghana's International Reggae Star, Rocky Dawuni, concluded his visit to England after a two-month music tour of Europe with a meeting with the former Deputy Prime Minister of England, Lord John Prescott, and world renowned environmentalist, David Bellamy, in the English city of Hull. Dawuni was in England at the invitation of the Liverpool National Museum to participate in the 2010 ‘Slavery Remembrance Day’ and to perform at the legendary Limetree Music & Arts Festival. Lord Prescott is a former MP of Hull, the home of slavery abolitionist William Wilberforce. He visited Ghana during his tenure in office as Deputy Prime Minister to Tony Blair. The meeting was organised by ethical trader, David Murden on behalf of And-Albert Foundation to discuss a proposed concert involving Rocky Dawuni to focus on development and conservation initiatives beyond the bicentennial commemoration of the abolition of slavery. Environmentalist David Bellamy and David Murden, through their work with And-Albert Foundation, have been actively engaged in development projects along old slave routes in Northern Ghana. In another development, Rocky Dawuni's proposed concert for September 25th in Accra, Ghana, has been postponed to next year to coincide with his annual Independence Splash concert on March 6th, 2011. Dawuni's current album, ‘Hymns for the Rebel Soul’, has garnered rave reviews and massive airplay in the US, Europe, Africa, Asia and beyond. The Ghanaian star played a huge free concert at the Levitt Pavilion in Los Angeles upon his return to the US on September 5.