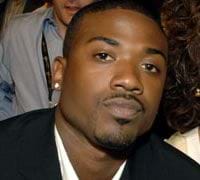 R&B bad boy Ray J was kicked out of his Washington, D.C. hotel room this weekend after illegal club drug was found on the premises. According to TMZ, the "Sexy Can I" crooner was forced to leave his room at the Hyatt Regency in D.C. when security allegedly discovered marijuana and a club drug known as "boat" while investigating a complaint received by hotel management. Sources for TMZ say Ray J argued vehemently with hotel security after attempting to bribe them to allow him to stay. Police were called to the scene however no arrests were made. Ray J's security helped him leave the hotel. He reportedly booked a new room at the Holiday Inn down the street, however Ray J's camp has not issued any comment on the matter.