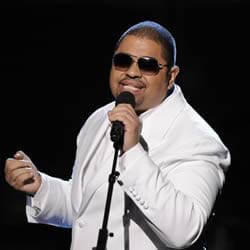 Results of a post-mortem into the death of rapper Heavy D have been inconclusive in determining why he died last week. The Los Angeles coroner's office has deferred judgment on how the rapper died suddenly at the age of 44. Last week, a coroner's spokesman said there were no illegal drugs found in his Beverly Hills home. Toxicology results have not yet been released. Heavy D's funeral takes place near New York on Friday. Heavy D died on 8 November after being found unconscious at his Los Angeles home. According to Lieutenant Mark Rosen of the Beverly Hills police, the rapper experienced breathing difficulties while returning home from shopping. After collapsing in an exterior hallway, he was transported to Cedars Sinai Medical Centre where he later died. Jackson tribute It is common practice to perform toxicology tests if someone relatively young dies unexpectedly at home. Rap mogul Sean 'Diddy' Combs and the Reverend Al Sharpton will speak at the private funeral service at Grace Baptist Church in Mount Vernon on 18 November. Meanwhile, BET Networks is planning a tribute for the late rapper at Sunday's Soul Train awards. Born Dwight Arrington Myers in Jamaica in 1967, Heavy D found fame with his band The Boyz scoring hits with such tracks as Now That We Found Love. He appeared on Michael Jackson's 1991 song Jam and recently performed at the singer's tribute concert in Cardiff.