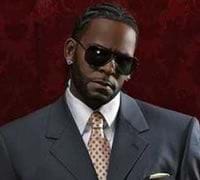 R Kelly has won a $3,4-million (about R30-million) award against his former tour promoter and is asking a Los Angeles judge to help him collect. R Kelly Touring, which represents the singer, filed court documents on Monday seeking a judge's confirmation of the award an arbitrator granted against Georgia-based Rowe Entertainment last month. Kelly's company claimed that Rowe Entertainment and owner Leonard Rowe failed to pay him in full for shows scheduled for late last year and early 2008. An arbitrator agreed with Kelly's claims. Documents show Rowe disputed the arbitration, but did not offer any defence during a recent hearing. An after-hours phone message left for Rowe's attorney in Atlanta was not returned Monday. Kelly won three Grammys in 1997 for the song I Believe I Can Fly, but is known for his sexually charged music. He was acquitted earlier this year of child pornography charges and is scheduled to release a new album before year's end. Singer Ne-Yo recently won a $700 000 judgment against Rowe after he sued because he was dropped from Kelly's tour after only two shows.