Ozimzim Man Back In Town 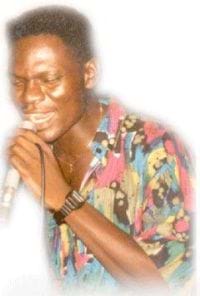 Many music lovers still have fond memories of the OzimzimBand, which has become synonymous with Amarh Pino whose personality weighed heavily on the band. Pino, who was a singer with the Mariotts Band but left to later make a big impression with his version of the sweet highlife song called Maria, is back from his long sojourn in the United Kingdom. So also is the band which has bounced back to life after being dormant due to Pino’s absence. The band has been busy at rehearsal over the last few weeks to ensure that fans get exactly what they want when they come to listen to them at the Next Door Beach Resort at Teshie where they are now based. Papa Slow, the proprietor of the venue, indicated that the band is all set to perform on the Sankofa Night at the Mojo Club of the resort from next Wednesday and every Wednesday. He welcomed all to night club sessions on Fridays and Saturdays where music from the old school to the present day vibes are provided for patrons to enjoy. In a chat with Pino, he told Showbiz that though the band’s forte is highlife, they would be treating patrons to a variety of music forms including, jazz, reggae, R&B and others and urged all the band’s fans to come dance with them next Wednesday. Pino disclosed that he has a new album ready which would be launched very soon. He promised that those who would patronise the Sankofa Night shows would be previleged to sample some of the songs on the album before they are released. The band is ready to accept engagements and those who needed their services could get in touch with them, he announced. “We are ready for you so come dance with us at the Next Door Beach Resort’s Mojo Night Club,” he added.