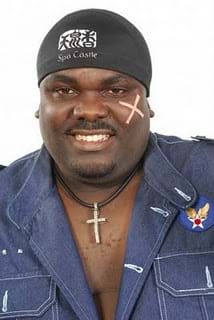 Popular Nollywood movie producer, Ifeanyi Onyeabor, was, on Tuesday, ordered to be remanded in Kirikiri Maximum Prisons by the Lagos High Court sitting in Ikeja over an alleged N8.8 million fraud. Justice Habeeb Abiru gave the order after Onyeabor was arraigned by the Economic and Financial Crimes Commission (EFCC) on a seven-count charge bordering on stealing and fraudulent conversion of money. The 40-year-old producer was alleged to have collected a total sum of N8.8 million from Steve-James Nigeria Limited in December 2008, for the purpose of producing two movies entitled; “Young Amazon” and “Tribes.” In the charge sheet, the EFCC alleged that Onyeabor, with intent to defraud, stole and fraudulently converted N1, 850,000 property of Steve-James Nigeria Limited entrusted to him for the production of the movies. Other charges also explained how the accused, on different occasions, allegedly received N1, 200,000, N950, 000, N3, 000,000, 1,200,000, N500, 000 and N100, 000 from the complainants for the said production. EFCC prosecutor, Mr Anselem Ozioko, alleged that Onyeabor, who is the Managing Director of Igo Motion Pictures International, after collecting the money, failed to produce the movies and diverted the money for other personal uses. The alleged, offence according to the EFCC, contravened Section 390(9) of the Criminal Code Cap C 17, Vol. 2 Laws of Lagos State of Nigeria 2003. Onyeabor pleaded not guilty when the charge sheet was read to him. Justice Abiru fixed July 11 for the hearing of his bail application.