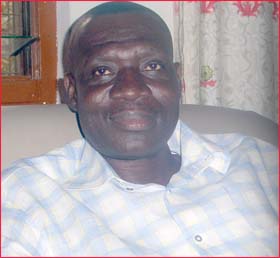 The National Society of Ghana Music Producers (NASGAMP), which was formed a couple of months ago, was inaugurated last Saturday at the Golden Tulip Hotel in Kumasi in the Ashanti Region. The inaugural ceremony, which was performed by the Minister for Chieftaincy and Culture, Hon. Alexander Asum-Ahinsah, was attended by stakeholders in the music and movie industries, as well as copyright experts. In his inaugural address, the Minister for Chieftaincy and Culture called on the stakeholders in the music industry to come together and work as a team to revive the sinking image of the industry. He noted that since the Copyright Act 690 had been passed, stakeholders in the industry should facilitate the payment of royalties through an effective monetary system. He was of the view that since the copyright Act is now operational, all the stakeholders should work hand in hand with the copyright office for its smooth operation. Hon. Asum-Ahinsah assured the players in the industry that the Government has not neglected them, adding that it is working closely with the musicians union and other stakeholders to find a lasting solution to the problems facing the industry. He appealed to the stakeholders to draw outreach programmes to educate the people on piracy, which according to him, is killing the music industry, adding that stakeholders should exhibit transparency in their activities. The minister also used the occasion to inaugurate the Anti Piracy Board of the association. The president of the National Society of Ghana Music Producers (NASGAMP), John Mensah Sarpong, who was recently honoured by the World Intellectual Property Organisation (WIPO) and Norwegian Copyright Development Association (NORCODE) with a certificate of recognition, said that the association is aimed at building a stronger and united membership to fight for the right and welfare of members, and managing the music business to promote growth and expansion in the music industry in Ghana. He disclosed that one of the association’s main aims is to protect and promote the image of the Ghana music industry so as to attract additional investment into the music sector. “It will protect its members’ works from piracy with the help of trained personnel put in place to check the increase rate of piracy in the country,” he concluded.