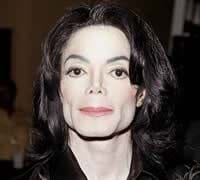 SINGER Michael Jackson made the most money of any dead celebrity in the past year, Forbes magazine says. Jackson, who died in June last year at 50, earned $275 million in the past 12 months from his back catalogue, merchandising deals and the concert film This Is It, which made $250 million at the box office. Jackson made more money than the combined earnings of U2 and AC/DC, and more than the total earnings of the 12 other dead celebrities on the list. The top five for this year was rounded out by Elvis Presley, Lord of the Rings author J.R.R. Tolkien, Peanuts cartoonist Charles Schulz, and John Lennon. "The death of Michael Jackson really put a focus on - crassly, quite frankly - what someone's worth when they're deceased," said David Reeder, vice president of Corbis' GreenLight, which manages the personality rights for Albert Einstein and Steve McQueen, among others. "In a more positive way, it exposed consumers to this idea that there actually is a market for, and an enduring legacy for, these people," he told Forbes. Presley's estate pulled in $60 million, thanks to ticket revenue from Graceland and a Cirque du Soleil show in Las Vegas. His estate's portfolio of more than 200 licensing and merchandise deals also got a boost from Presley's 75th birthday celebrations. Stieg Larsson, author of The Girl with the Dragon Tattoo, debuted on this year's list at No. 6 with $18 million in earnings. The Swedish writer died in 2004 at the age of 50, before any of the books in his Millennium Trilogy were published. They have since sold 40 million copies, translated into 44 languages. Deceased celebrities who brought in at least $5 million between October 2009 and October 2010 were eligible for the Forbes list.