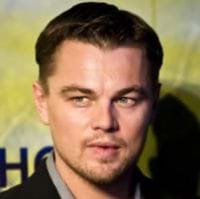 Leonardo DiCaprio was reportedly pelted with condoms at a New York club recently. The Titanic star - who decided to sit on the stairs at burlesque club The Box when he couldn't find a seat - was left stunned when drag queen Ms Rosewood incorporated him into the act. A source said: "As soon as Ms Rosewood went on stage and saw Leonardo sitting on the side, he had a naughty twinkle in his eye. When Leonardo wasn't looking, he filled a condom full of a questionable liquid and threw it at him. "After Leonardo got over the shock, he laughed and wiped himself off." Leonardo - who has dated supermodels Gisele Bundchen and Bar Refaeli - recently revealed he is keen to put his playboy lifestyle behind him and settle down. He said: "What I definitely feel a need for is to make my life about more than just my career. Just last night I was thinking to myself how little of my life has been lived normally and not spent on some far-off movie location. "I want to get married and have children. In saying that, I realise I am contradicting everything I've said before. I absolutely believe in marriage."