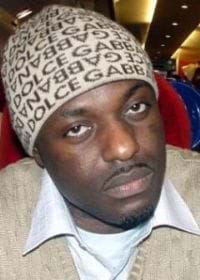 The bet by now you should have heard about the star studded birthday party for Derele Edun at Papas, a top hangout in Victoria Island. The event took place last weekend and it was organized by Frank Okamigbo, the man about town behind the club and his aides in honour of the likeable television presenter. The rumour mill is already agog with the news that controversial Nollywood actor, James Asomugha popularly known as Jim Iyke had a hot argument with some people at the event. The gist merchants did not stop at that. They alleged that the Nollywood actor was so upset that he pulled a gun. Trust us to always find out the true 'gist' behind the gist. Trust NFC will always find out the ‘gist’ behind the gist. We spoke with Frank Okamigbo, the man behind Papas Club this afternoon and he told us there was no truth in the story. “Instead, the story was the other way round” he explained. According to Okamigbo, people are peddling unfounded rumour.He said Jim and friends packed their car in front of one of the houses around the club, belonging to a former Inspector-General of Police,Mr. Sunday Adewusi. Policemen guiding the house felt uncomfortable and they challenged Jim Iyke and friends. We gathered that it almost turned into a heated argument but the matter was later settled amicably. It was the police men that were holding guns not the actor.Efforts made to speak with Jim Iyke on his mobile phones proved abortive. An actor who begged for anonymity told NFC that people should learn to separate acting from reality. The reason why someone like Jim Iyke is the target of the rumour mongers is because of he is known for his bad boy roles in Nollywood movies.