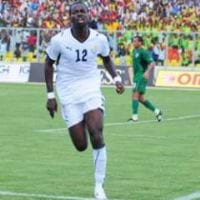 Italian side, Atalanta are eyeing a transfer move for Ghana international striker, Prince Tagoe. Tagoe, 21, currently plays for Saudi Arabian side, Al Ettifaq and ended the season as the club's top scorer. The young striker is part of Ghana's team for the 2010 African Nations Cup and World Cup qualifier and scored his debut goal for the Black Stars in the opening game against Libya. Tagoe, has intimated his desire to move after having enjoyed a good season in Saudi Arabia. French side, Monaco are reported to have expressed interest in signing on Tagoe.