I’ll Not Reject Offer From NPP For My Song Sidney 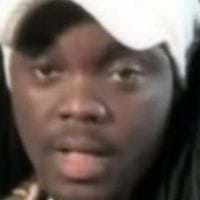 Popular Ghanaian hip-life star, Barima Sydney, says he will not reject an offer from the ruling New Patriotic Party (NPP) for his popular song “Africa Money” although he had said earlier that he did not want any political party to use it for their campaign. Watch Africa Money by Sidney feat Morris Babyface

He told the Ghana News Agency (GNA) on Monday that, “unlike the other political parties, NPP has not approached me for the song but if they are planning to bring me money for it then I am gladly waiting”. Sydney denied that the NPP had paid him for the song saying: “I have not taken any money from the NPP.”

He said he was not happy with the way some sections of the media had portrayed him as an anti-NDC person, adding that he did not want any political party to use the song.

Sydney’s song, “Scent no” was used by the NPP during the 2004 elections and his sales dipped because his fans, both at home and abroad, damned it as a political song.

“I do not want to repeat the same mistake that is why I am stopping all the parties from using my song and I repeat that I will take legal action against recalcitrant political parties who breach my rights under the copyright law,” he said. Sydney said he had been officially approached by the NDC and the Convention People’s Party (CPP) to name a price for the song so they could buy it for their campaign but he turned them down.

“Officials from the NDC office at Kuku Hill at Osu (Prof. Ata Mills Campaign Office) approached me for the song and some CPP officials also approached me.”

He said even though he had asked political parties not to use his song, he had personally seen NDC vans at Nsawam, Asin Fosu and around Paloma in Accra playing his music.

“The sad thing is that they play a dubbed version and not the original album because anytime I heard it another song from someone else’s album followed my song,” he said.

Sydney said he was not against political parties playing his full CD at the end of a political rally for their members to dance to it, but playing it on the campaign vans and as a campaign jingle was unacceptable.

Meanwhile NDC National Organiser, Samuel Ofosu-Ampofo, has denied that the party ever approached Sydney officially to buy his song for their campaign.

He told the GNA that individual party members had every right to buy and play Sydney’s song but the party had not issued any official instruction for that song to be used for its campaign.

Mr Ofosu-Ampofo called on party members using Sydney’s song for campaign purposes to desist from that but said the party could not stop individual party members from playing it in their private cars. “Someone came to me with the idea of dubbing using Sydney’s song for our campaign but I turned it down. What we rather did was to approach another musician to give us 1,000 copies of his CDs for our campaign but that is yet to materialise,” he said.