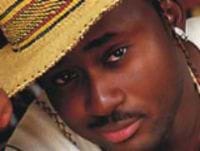 When it comes to script writing, Emem Isong has made her mark in Nollywood with films like Games Men play and many others to her credit. Isong is set to hit the industry with yet another movie, which she produced alongside actor Desmond Elliot. Titled Reloaded, Isong said the movie features top Nigerian actors and actresses, including Ramsey Nouah, Ini Edo, Rita Dominic, Uche Jombo and Monalisa Chinda. Speaking about the movie, Isong said, “Desmond and I decided to do something different from what we were used to. At the end of the day, I can assure you that we have come out with something entirely new, especially in terms of a story line.” Another scriptwriter, Vivian Ejike, is also set to hit the industry with her latest movie, When the Heart Lies. The movie, featuring Omotola Jalade, Desmond Elliot and many others, was shot in choice locations in Lagos. The scriptwriters disclosed that both movies would be premiered in Lagos and Abuja later this month. The premier is sponsored by First Deep Waters.