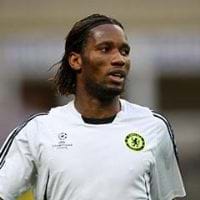 The absence of talisman Didier Drogba was keenly felt by the Ivory Coast on Sunday when they were held to a goalless draw away in Madagascar in their latest World Cup qualifier. The Chelsea striker missed a second successive match for his country as a depleted, but still highly fancied, Ivorian side could only pick up a single point against their Indian Ocean island hosts in Antananarivo. The Ivorians, who qualified for the last World Cup finals in Germany in 2006, were also without Chelsea’s Salomon Kalou and French-based striker Aruna Dindane. Last year, the Ivorians easily beat Madagascar 3-0 in Antananarivo in the 2008 MTN Africa Cup of Nations qualifiers.