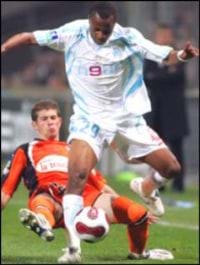 Andre Dédé Ayew has suffered a setback in his fight to full recovery after sustaining an ankle injury in a pre-season match between Olympic Marseille and SC Bastia. The Black Satellites captain was stretchered off the pitch in the 69the minute after a steel tackle from a Bastia defender. He will undergo an MRI examination to determine the seriousness of the injury. The 19-year-old returned last week after months of injury in another pre-seaon friendly against Istres last week. Dede missed Ghana?s Under-20 opening African Youth qualifier against Angola in Accra last week. He sustained an injury during the Nations Cup on home soil in January and has struggled for fitness.