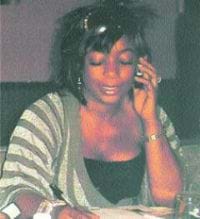 Aso Rock, the seat of power, penultimate Wednesday hosted the crème de la crème of Nollywood and United Nations with the First Lady, Hajiya Turai Yar’Adua taking the front seat at the premier of a new flick, “Freedom in Chains”. It was part of the nation’s efforts in stemming violence against women. “Freedom in Chains” is a collaborative effort of United Nations Fund for Population Activities (UNFPA) and Nollywood Concept Promotions (NCP) led by star actor Bassey-Iyang Ekpeyong. According to him, NCP entered into a partnership with UNFPA about the middle of last year with a vision of creating a platform that will explore and exploit the lavish potentials the Nigerian film industry offers especially as a medium of mass dissemination of information. “NCP and UNFPA jointly produced our first in a designed series of productions, “Freedom in Chains”. Symbolically our thematic preoccupation captures the derogation, segregation and humiliation of women living, trapped in the traditional make-up of our world,” he says. The film tells the story of three women from different backgrounds and social standings, who are brought together by a common factor, which is the fact that each of them has gone through mental and physical torture, including discrimination at different times of their lives simply because they are females. Starring top actors like Keppy Ekpeyong, Bimbo Akintola and Emma Edokpayi among others, “Freedom in Chains” was directed by Fred Amata and Bond Emeruwa.