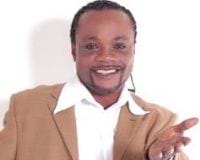 Armed men in military uniforms last Sunday stormed the residence of one of Ghana's finest musicians, Charles Kwadwo Fosu aka Daddy Lumba, at Atimatim, a suburb of Kumasi, the Ashanti Regional capital. The all-male squad, believed to be military personnel and numbering about three, forcibly entered the musician's plush residence which was purposefully built for his departed mother at about 7.30 pm on Sunday January 11. Attempts to contact the military leadership in Kumasi over the incidence proved futile; neither did they respond to the widely publicized radio broadcast. The agitated armed men appeared at the residence in a KIA Sportage 4x4 Vehicle whose registration number was not immediately known. Briefing Ashh FM, a Kumasi based private radio station about the incident, Faustina Fosu, a younger sister of Daddy Lumba, said she was in the house with other relations when the armed men came and asked about the whereabouts of the veteran musician. She narrated that when she enquired from the men why they were looking for her elder brother, they said they travelled from Accra to Kumasi with him (Daddy Lumba) and that he asked them to meet him in the house at that time for discussion. Still narrating the bizarre episode, Faustina noted that when she told the combat-ready men that her brother was not yet in town, they disappointedly went back to their vehicle and sped off. She indicated that the combat-ready posture of the military men frightened her, so immediately they left; she quickly ordered that the main gate be locked whereas members of the house went into their individual rooms. “My suspicion of foul play even heightened because if indeed my elder brother was coming to Kumasi he would have called to notify me earlier,” she stressed. Faustina disclosed that two and half hours after the men had left, they heard some banging at the main entrance and thought that it was Daddy Lumba who had arrived and so asked one of the occupants to open the gate. “To my utter surprise when the gate was opened, it was the same military men who were at the gate wanting to force their way into the house,” she indicated. Visibly terrified Faustina pointed out that immediately the gate was opened, the combatants aggressively entered the house and asked the one who opened the gate whether Daddy Lumba had arrived. She noted that when the guy answered in the negative, the armed-to-the-teeth military men got irritated, violently pushed him aside and remarked, “Do you think we're here to joke or do politics; we're here for serious business. Show us Daddy Lumba and let's go”. Upon sensing danger, Faustina recounted that she appeared at the scene and pleaded with the men to spare them because they could not lie about Daddy Lumba's whereabouts. “Immediately I said this, the soldiers started insulting me with unprintable language and expressions before banging the gate and speeding off in their vehicle,” she said. Faustina noted that before they left the house, the military men warned that they would certainly be back and when they do, it would be deadly. Faustina appealed to the security agencies to come to their aid so that nothing untoward happens to them, adding that she had since called Daddy Lumba to inform him about the chilling incident. According to King James, the reporter who first broke the story, a certain woman who claimed to be a close associate of the dazzling musician however called to 'kill' the story because according to her, the soldiers were Daddy Lumba's body guards. Efforts to contact Daddy Lumba for his perspective on the story hit the rocks as his cell phone had been off since Monday. The motive for the soldier's night raid was not clear, but people in the area who got wind of the episode linked it to Daddy Lumba's flirtations with the New Patriotic Party (NPP) presidential candidate, Nana Akufo-Addo in the heat of the December general elections campaign. It would be recalled that the musician produced the hit track 'Nana is a Winner', which is still enjoying massive air play even after the political season and was widely used to promote Nana Addo's campaign.