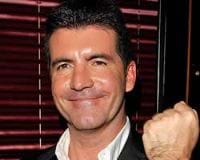 Music mogul Simon Cowell snubbed a dinner party invite from newly appointed US president Barack Obama - insisting he was too busy to make time for the American leader. turned down the chance of a private dinner with U.S. - because he was too busy. The American Idol judge boasted to US chatshow host Jay Leno that he was invited to meet the new president at the White House - but cancelled due to his hectic TV schedule. He told the talkshow host, "He wanted to have dinner and our diaries didn't quite match. We just didn't quite connect." A shocked Leno replied, "And what were you doing - whitening your teeth? Fixing your hair?" Obama recently likened US capital Washington DC to Cowell's TV show, saying: "I do think in Washington it's a little bit like American Idol. But everybody is Simon Cowell. Everybody's got an opinion."