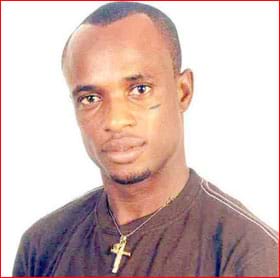 Francis Chijioke aka Chisco Bee, who is not new on the Ghanaian music scene, appears determined to make it to the top with a good strategy to market his second album on the African continent. His new album, ‘Full Time’, which has a lot of good songs, is currently being aired on some radio stations in the country. The afro-pop music star is seen as an inspiration and his looks just cannot make one think of anything less. He has indeed proven beyond all reasonable doubt that he has really come to stay. The lyrics in all the songs on the album are neatly arranged with sensational and inspirational rhythms, making the album a unique one. Chisco’s latest album to be released in December this year has distinctive features in terms of programming, beat and style, which is a new dimension in our current gospel dispensation. The creativity in the composition is also commendable and it has the potential of becoming a big hit, considering how it is gaining public appeal. One of the tracks, ‘Money Love’, is a mid-tempo song rendered in hiphop and afro pop beats, with a beautiful rhythm and a great treble tune to match. The song is a wonderful piece which brings out the artiste’s superb creative skills. Chisco, who is developing his music career gradually, said he would soon become a force to reckon with on the African continent. Chisco’s music is a combination of excellent songwriting skills, good vocals and instrumentation. The songs on the album are full of catchy, easy to sing along with tunes, with immense commercial potential. It is set to create stiff competition for established artistes, particularly those already making waves in the music field. Opinions about the songs differ, but listening to the lyrics carefully and the kind of message he is sending to the youth, one would easily be motivated to sing along, making the songs more interesting. Chisco Bee, in his chat with BEATWAVES, asked his fans and loved ones to expect bigger things from him in years to come.