Beyonce: I Want To Be Iconic 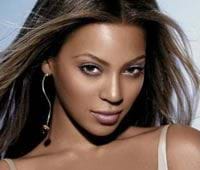 Beyonce Knowles is "over being a pop star". The Crazy In Love singer - who shot to fame in hit R'n'B group Destiny's Child - admits she now feels it is time she is considered an "icon" in the music industry. She said: "I'm over being a pop star. I don't want to be a hot girl. I want to be iconic. And I feel like I've accomplished a lot. I feel like I'm highly respected, which is more important than any award or any amount of records. And I feel like there comes a point when being a pop star is not enough. "I now think I'm opening doors for more black women, just like Halle Berry and Diana Ross opened doors for me." Beyonce - who starred in 2006 movie Dreamgirls and can soon be seen portraying legendary singer Etta James in upcoming movie Cadillac Records - also spoke about her alter-ago who she calls Sasha, explaining when she acts as Sasha she has a lot more confidence. She added to Britain's Marie Claire magazine: "Things I do when I am performing I would never do normally. I always wish I could feel the way I do on stage when I'm doing a movie because I have out of body experiences. I'm so fearless."