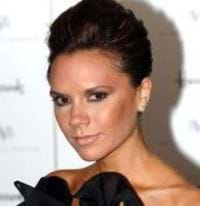 Former Spice Girl Victoria Beckham has spoken out against claims she uses diet pills, branding the false reports "silly". A representative for Beckham, 34, announced earlier this month the star's plans to sue Now magazine after they alleged she takes slimming tablets to lose weight. And now the fashion designer herself has addressed the controversy, insisting there is no truth to the speculation. She tells FoxNews.com, "I am taking legal action as it's so silly - I know young girls look up to me and, you know, I am a mother of three - how and why would I put my health in any situation like that? It's totally without foundation."