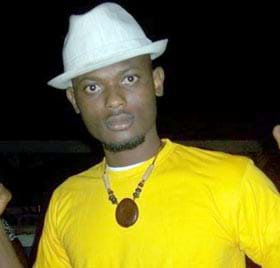 Rising Ghanaian dancehall musician, Iwan, will officially announce his music career with the launch of his debut album titled ‘My Time’ at the forecourt of the Aphrodisiac night club at Dzorwulu. This is scheduled for Sunday, September 12. Iwan’s management, Bullhaus Entertainment, promised the album launch will be the best ever. The launch is being supported by Fiesta, YFM, e.TV, OM Studios, 2131, Solid Multimedia and Red Bull Energy drink. Iwan, whose name is an acronym of the expression ‘I-Win-Always-Naturally’, has undoubtedly proven to that might. Gradually, he has shown he is the guy to watch out for, looking at the kind of songs that he has churned out so far. ‘My Time’, he says, is an inspirational album for the ‘ghetto youth’. Songs on the album include the controversial single ‘That Day’, ‘Still Love Me’ and the inspirational single ‘Thanks & Praise.’ Iwan has been an underground artiste for a long time. He signed on to Bullhaus Entertainment and featured in a number of remixes. He has performed on shows like Miss Ghana 2008, Joy FM’s Nite with the Stars, Exopa Fashion Nite, Kwaw Kesse Beach Bash, Sound Splash, Ghana Loves Haiti Concert, Face of Tertiary and others. He was also phenomenal at the recent concert for the new rLG G-series mobile phone at the Banquet Hall of the State House. His first solo act on stage was at the 4syte Video Awards. That was followed by the Ghana Music Awards festival. Currently, he is a force to reckon with to the extent that some of the ‘big boys’ in the game see him as a threat. Born Abdul Razak Issahaku, Iwan hails from the northern part of Ghana and belongs to the Dagomba tribe but was born in Accra to Issahaku Atta and Ajara Mamudu. He is the last among seven siblings; three boys and four girls. He is humble, quiet, tolerant, hardworking and creative. He completed St. Johns Junior Secondary School in 2001 and then went on to Accra High School before entering the University of Ghana’s School of Performing Arts to read Theatre Arts, Music and Dance.