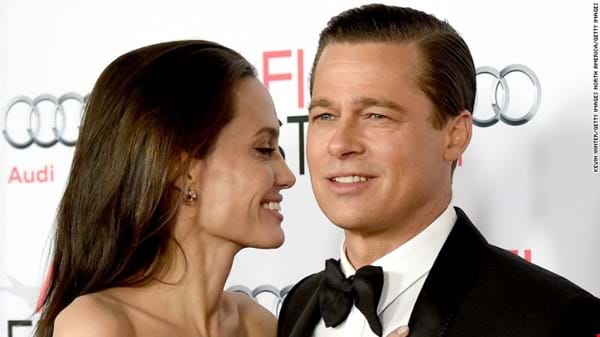 One of Hollywood's highest profile marriages is over.

Angelina Jolie has filed for divorce from husband Brad Pitt, citing irreconcilable differences.
According to the court documents, the pair separated on September 15, two years and one month after they married in August 2014.
Jolie is seeking physical custody of their six children and asking the court to grant Pitt visitation.
She is also asking to keep "miscellaneous jewelry and other personal effects" as well as any earnings from after the date of their separation and other separate assets to be determined later.
Read the Jolie-Pitt divorce documents
Already there is speculation that a tabloid-friendly, child-unfriendly custody battle may ensue over their six children. But a source close to them asserted that both sides want a cordial breakup.
"Other than the fame of the people involved, this is like so many other divorces," the source said.
"I am very saddened by this, but what matters most now is the wellbeing of our kids," Pitt said Tuesday in a statement to CNN. "I kindly ask the press to give them the space they deserve during this challenging time."
Jolie's camp is also focused on the children.
"Angelina will always do what's in the best interest to protect her children," Geyer Kosinski, Jolie's manager, told E! News in a statement Tuesday. "She appreciates everyone's understanding of their need for privacy at this time."

While Pitt and Jolie married in 2014, their relationship became the subject of speculation in 2004, when they co-starred in "Mr. & Mrs. Smith." At the time, Pitt was married to actress Jennifer Aniston.
In January 2005, Pitt and Aniston announced they were splitting and Aniston filed for divorce a few months later.
In April 2005, photos surfaced of Pitt, Jolie and her adopted son Maddox in Kenya.
Jolie later adopted daughter Zahara from Ethiopia and in early 2006 she announced that she and Pitt were expecting a baby. Shortly thereafter, Pitt was granted the right to legally adopt Maddox and Zahara.
Their daughter Shiloh was born in May 2006 and son Pax was adopted from Vietnam in March 2007. Jolie gave birth to twins Vivienne and Knox in July 2008.
The couple announced their engagement in 2012.
Pitt was there to support Jolie in 2013 when she underwent a preventive double mastectomy.