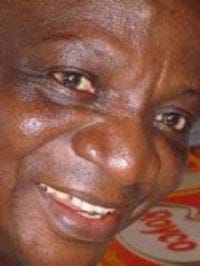 General secretary of the Musicians Union of Ghana (MUSIGA), Nana Kwame Ampadu I has disclosed that he has composed a number of songs he intends to use to educate the people of Ghana against violence during the forthcoming general elections. He said as a prominent Ghanaian musician with international recognition, “I think it is my duty to assist the government in its educational campaign against acts that seek to undermine this year’s elections”. In a chat with BEATWAVES in his studio, Nana Ampadu said all the songs on the album preach peace and also educate the people of Ghana on the need to comport themselves during and after this year’s general elections. “All the songs on the album appeal to all Ghanaians to desist from acts that seek to undermine the forthcoming general elections. “The songs also appeal to presidential candidates to use their campaigns to educate the electorate against violence and also advise them to talk about issues and not trade insults among themselves in order not to create chaos and anarchy among the people,” Nana Ampadu disclosed. According to him, the songs urge all the religious groups to use their various pulpits to pray for the progress of this country as the general elections approach. ‘The Peace Album’, which according to Nana would be outdoored soon, features a number of Ghanaian musicians and would be aired on radio stations all over Ghana.