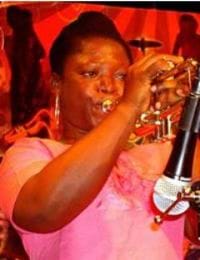 TV3’s trailblazing reality show, Bands Alive, has come to an end with the winning band taking away a set of musical instruments and two thousand Ghana cedis. M1, Liberty, Bib and Amen were the four bands that made it through to the finals out of twelve that entered the competition. The show was meant to bring live band music back to life by supporting the players of instruments and singers. M1 placed fourth in the competition with 7.42% of the votes, Bib came third with 27.30% of the votes and Liberty were second in place with 31.24% of the votes. Amen, the winning band, had 34.04% of the votes. The voting pattern changed to 50-50 during the finals instead of the usual 70-30 percentage points in favour of the public. The eight other bands that contested but got evicted during the competition include S Touch, 3×3, Trinity, Caf, Warriors, The sax, Big Shot and Kakra. Their performances during the final event added spice to the show just as it brought the entire bands together again to share in the novelty of Bands Alive. In an interview on TV3’s Spotlight, some members of the bands confirmed their readiness to release an album. They told Mutala Muntari, presenter of the show, that they are prepared to use the exposure gained to maximise their chances in the music industry.