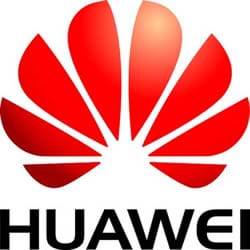 Huawei Technologies (GH) S.A Limited on Monday handed over a 400,000 dollars Information Communication and Technology (ICT) laboratory built for the Kwame Nkrumah University of Science and Technology (KNUST) at a ceremony in Kumasi. The gesture was in fulfillment of a promise made by the Company to President John Evans Atta Mills during his visit to China last year, to build and equip ICT training laboratories in some educational institutions. It had already provided one of such Centre’s for the University of Cape Coast (UCC) in the Central Region. Mr Ernest Atukwei Armah, Deputy Minister of Communications, praised the company for complementing the government’s effort at enhancing the teaching and learning of ICT. He said it was refreshing for the company to provide computer laboratories for four major public universities in Ghana. Mr Armah added that it was its support for the implementation of the “e-Government Network Project” to enhance government businesses. He called for a partnership between Huawei and the KNUST to promote technology transfer. The Chinese Ambassador to Ghana, Gongj Jianzhong, expressed satisfaction with the fruitful cooperation between his country and Ghana and said the ICT laboratory attested to that. He said education was one of the important components of bilateral relations between the two and pledged continued support to improve on the country’s educational infrastructure. Ms Diana Ayem, Deputy Managing Director of Huawei Technologies, said they were determined to contribute to the sustainable development of the social, economic, health and safety of the environment as well as education She said the educational initiative was being promoted globally to facilitate the development of ICT and talent through cooperation with colleges and universities of different countries to provide related courses and training. Ms Ayem said the Company would sponsor the training of two lecturers from the university at its training centre in Lagos to help them receive the needed skills to train the students. They would also accept students on national service leading to the employment of those who perform well. Professor William Otoo Ellis, the Vice Chancellor, said knowledge and information was the most important tool for productivity, efficiency, competitiveness and wealth creation. The present day tertiary education management and delivery had also been greatly influenced by ICT in an attempt to deliver quality real time education. Prof Ellis announced that they had earmarked a parcel of land for the construction of an ultra modern 1,500 capacity ICT centre to supplement its existing ones and appealed for support from Huawei and the Communications Ministry.