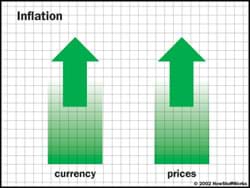 The rate of inflation fell to a near 20-year low of 9.08 per cent in November, a decline of 0.30 percentage points from October, the Ghana Statistical Service (GSS) said on Wednesday, December 15. The rate is the lowest in about two decades since the 8.4 per cent recorded in June 1992. Inflation has consistently fallen since June 2009, when the rate stood at 20.74 per cent. Mr Ebow Duncan, Head of Economic Statistics at GSS, said the downward pressure on inflation could be attributed to the food and non-alcoholic beverages group and the non-food group. The food and non-alcoholic beverages group has been recording single digit inflation rate since January 2010, falling from 9.08 to 5.32 per cent in November. On the other hand, non-food inflation though on the decline, has been recording double digit inflation, reaching 11.50 per cent in November 2010. Inflation rates in the Regions ranged from 5.72 per cent in the Volta Region to 14.86 per cent in Greater Accra Region. Six Regions - Western, Volta, Eastern, Ashanti, Central and Brong Ahafo registered rates below the national rate of 9.08 per cent.