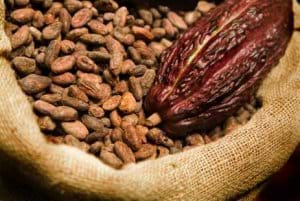 
The Executive Director of the Cocoa Research Institute of Ghana, (CRIG),Dr Franklin Manu-Amaoh has said that the Ghana Cocoa Board (COCOBOD) is likely to achieve its projected one million metric tonnes of cocoa this year. He said with a few months to end the major cocoa season, COCOBOD has recorded more than 900,000 metric tonnes, indicating that when the light season is added to Ghana would surely hit the jackpot. Dr Manu-Amoah said this at a get-to-gather organised for retirees of CRIG as part of the Republic Holiday Celebration at Tafo, on Friday July 1. He said the management of the institute decided to organise the get-togather for the retirees every Republic Day as a way of recognising their contributions to the institute. Dr Manu-Amoah said the figure recorded was the all time high in the history of Ghana and attributed it to a lot of interventions put in place by the CRIG and recommended to farmers. These include good application of fertilizer, free spraying of cocoa farm, application of the right insecticides and the acceptance of the high breed cocoa by the farmers. The Chairman of the Management Committee of CRIG, Professor Oteng Yeboah, commended the retirees for working hard to bring the institute to its present state. He urged the staff to emulate what the retirees had done and contribute their quota to the institute so that future generations would benefit from their labour.