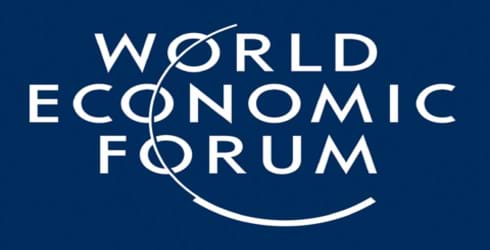 Ghana is ranked 103rd out of 144 countries in the latest (2012-2013) Global Competitive Index (GCI), moving up by an impressive 11 places in the 2011-2012 report. This achievement was realized on the back of improvements in the country's basic requirements of its macroeconomic stability, health and educational outcomes, the report said. Competitiveness is defined by the World Economic Forum (WEF) as the set of institutions, policies and factors that determine the level of productivity of a country. The GCI uses twelve pillars which are divided into three main sub-indexes to measure countries' competitiveness. These are: Basic Requirements (comprising institutions; infrastructure; macroeconomic stability; health and primary education), Efficiency Enhancers (which includes higher education and training; goods market efficiency; financial market sophistication; technological readiness; market size) and Innovation & Sophistication Factors (consist of business sophistication; innovation). Ghana displayed strong public institutions and governance indicators compared to other Africa countries. According to the 2012-2013 GCI report, some aspects of the country's infrastructure are good by regional standards, particularly the state of Ghana's ports. The country's Financial Market was also seen to be well-developed, ranking a respectable 59th in the rankings. However, education levels continue to lag behind international standards at all levels, whilst the country's labour market is still characterized by inefficiencies. Also, Ghana is still not harnessing new technologies for productivity enhancements as ICT adoption rates are very low. Sub-Saharan Africa in particular and Africa as a whole continues to face the biggest challenge in its effort to become competitive, in all the regions of the globe. With the exception of Botswana, Gabon, Mauritius, Namibia, Rwanda, Seychelles and South Africa, the other 36 African countries included in the 2012-2013 GCI fall into the least competitive economies' group. South Africa which was ranked 52nd in the world was ranked first in Africa, with Ghana being ranked 10th in Africa as against 103rd in the world. The top three most competitive economies are Switzerland (1st), Singapore (2nd) and Finland (3rd). Northern and Western Europe with 6 out of the 10 best-performing countries is the most competitive region in the world, according to the 2012-2013 GCI report. The Association of Ghana Industries (AGI) has been conducting the Executive Opinion Survey (EOS) on behalf of the World Economic Forum (WEF) since 2008. The WEF, which is based in Geneva, Switzerland, has been conducting the EOS annually since 1979. The WEF uses the EOS results to compute the Global Competitiveness Index (GCI), which is a measure of the level of competitiveness of countries.

Why the BoG closed down Ideal, Midland, GN, Unicredit, 19 others 329