Ghana’s Economy Is On Track –Terkper 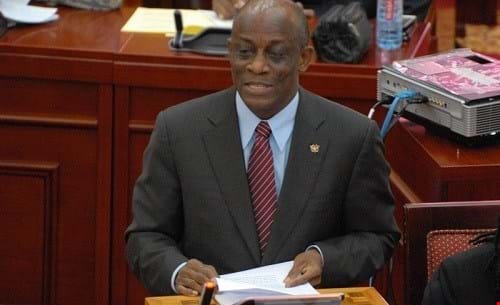 The Finance Minister, Mr. Seth Terkper, has given an upbeat assessment of the health of the economy, stating that it is on track. He said the economy was making progress and that the government was determined to maintain continued fiscal discipline. He vowed to go to every length to control spending, despite the coming general election. He was speaking at a day’s seminar organized by the ministry for members of the National House of Chiefs in Kumasi, to apprise them of the current state of the economy. Mr. Terkper said they would stick to the International Monetary Fund (IMF) programme to keep to the path of sustainable economic growth. He, however, indicated that the borrowing would continue – the government would take loans to support the implementation of critical infrastructure development. He informed the House that strong strides were being made towards addressing challenges in the energy sector. Wulugu Naba Pugansoa, Naa Professor John S. Nabila, President of the NHC, encouraged his colleague chiefs to support the government in its drive to improve revenue mobilization. They should help people in their communities to appreciate the need to pay their taxes. He also reminded them about the need to remain politically neutral and to be mindful of their pronouncements, especially when political party leaders visited their palaces to pay courtesy call on them.