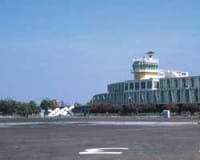 FAAN Bleeds Amid Huge Revenue Potentials Website
While many aviation agencies are groaning under paucity of funds to tackle myriad of infrastructural decay, the Federal Airports Authority of Nigeria (FAAN) bleeds amid big revenue opportunities. AVIATION is described as one of the vital sectors of any country. As a result, nations thrive very hard to reposition the industry, which is a money-spinning venture. But here in Nigeria, the reverse is the case as every effort to reposition the sector through infrastructure has not been met with success. That Nigeria’s aviation infrastructure has decayed is stating the obvious, but the concern of every stakeholder is whether the Federal Government has the political will to provide basic aviation facilities that would help to reposition the industry safety wise. Not even the appointment of successive Ministers of Aviation, or the Managing Directors of the Federal Airports Authority has brought succour to a sector that is in shambles, save for the Nigeria Civil Aviation Authority (NCAA) that has helped to give the sector a breather. Earlier, the Senate had given the minister 90 days to fix some of the decrepit facilities, but the question is, what will the Senate do in the event that the minister does not abide by the ultimatum? To show that the sector may remain in the same comatose state, FAAN from a report does not have the accurate number of its concessionaires, whereas, the agreements of many of the 477 concessionaires had expired and they continue to operate illegally. The Guardian had run a story penultimate month on the appalling state of the country’s airports. The report drew the ire of officials from FAAN who felt that the report was in bad taste. Pained by the development, the House of Representatives called for review of concession agreements at the Murtala Muhammed Airport, Lagos. The Ministry of Aviation vide the letter reference FMA/FAAN/7090/173 of February 25, 2010 mandated Maevis Nigeria Limited to take a complete review of all concession agreements at the Murtala Muhammed Airport, Lagos. The specific terms of reference of this assignment were for Maevis to identify all the existing concessionaires, tenants, business organisations operating at the Murtala Mohammed Airport, Lagos, determine those concessionaires with properly documented agreements and those without any form of agreements to operate within the airport premises/terminals. Other terms of reference was for the firm to examine the economic/commercial adequacy of the various rates applied in the agreements, apply current economic/commercial rates where existing rates are inadequate whenever such agreements expire, and formalise existing relationships by memorialising written agreements between FAAN and such concessionaires where there was no agreements in place. The report jointly signed by Business Development Manager for Maevis, Wale Soneye and Company Secretary, Lara Falase, noted that a peer review of Murtala Muhammed International Airport, Lagos and Singapore’s Changi Terminal One shows how two infrastructure built on the same model about the same period have outperformed each other. According to them, “We noted from representations received that FAAN currently has 477 concessionaires, tenants and business organisations operating out of various terminals and locations within the airport areas. Even, out of the 79 concessionaires, the agreements of over 30 of them have expired yet they have continued operating for several years as “hold-over” concessionaires. This group of operators have failed, refused or neglected to pay the statutory concession fees and other dues. This has implications for the economic and financial well being of FAAN and the aviation industry.” It is embarrassing that about 40 per cent of concession agreements have similarly expired whilst the concessionaires have continued to operate as 'hold-over' concessionaires. The report noted that food and beverage concessions, which has potentials to generate N6.7 billion was only configured, underdeveloped and limited by successive administration of FAAN to generate a revenue of about N111 million per annum, thereby having an economic loss in excess of N6.5 billion yearly. Also, for the oil and gas concessions the report noted an economic loss in excess of N13 billion per annum arising from non-billing and undervaluation of concession fees and fuel throughput charges respectively. Several other examples of material economic losses exist and these have been documented in the report. FAAN, according to the report does not have agreements/contracts governing its relationship with airlines, with several concessionaires and corporate organisations operate without subsisting agreements, required operational and safety permits, environmental impact assessment and mitigation plan. It was noted that several concessionaires had easily taken advantage of FAAN by conveniently paying lower concession fees for the business rights granted to operate at the airport, even where concession agreements clearly provided the right for FAAN to earn more. A case in point is the implementation of the concession agreement between FAAN and Airlines Services and Logistics Plc (ASL) in which “FAAN had consistently billed and received N12 million per annum as concession fees rather than the higher amount running into hundreds of millions based on two per cent of the company's gross turnover.” The firm alleged in its report that this had been the norm since the inception of the concession in 2002 until “we were able to accurately assess and bill the company the concession fee due for 2008. FAAN may have lost revenues in the region of N120 million on this particular transaction between 2002 and 2007.” They hinted that there was a prevalence of several bootlegs and itinerant hawkers at the airport who move around with bags and foot loose fashion going from office to office hawking their products. This has implication not only for the economic wellbeing of FAAN but the safety and security of the aviation industry. The inability of FAAN to identify all its concessionaires and to revalidate their agreements after expiration has depleted the revenue of the agency. Come to think about it, what the agency is currently generating cannot take care of the basic facilities, not to talk of a situation where the authority finds it difficult to block all the leakages which officials have capitalised on to drain its lean resources.