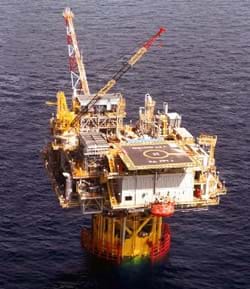 Bloomberg reports that China’s largest offshore oil producer CNOOC Ltd and the Ghana National Petroleum Corporation (GNPC) have made a five billion dollar bid to buy Kosmos Energy LLC’s assets in Ghana including its stake in the Jubilee fields. According to the report, the all-cash fully financed bid was received some two weeks ago. The offer tops an earlier, failed bid of more than $4 billion from Exxon Mobil Corp. for the Kosmos assets, which include a 23.49 percent stake in Jubilee. The field holds an estimated 1.8 billion barrels of crude. The report GNPC is also holding preliminary talks with Statoil ASA, seeking to interest Norway’s largest oil company in becoming a third partner in a Kosmos bid. However Kosmos has asserted it intends to stay in Ghana and pursue its activities here. Kosmos had earlier announced plans to sell off its assets in Ghana including its stake in the Jubilee field to Exxon Mobil. The move led to an impasse between Kosmos and government with the latter asserting that Kosmos had breached the terms of contract. Reached for comment, Deputy Energy Minister Armah Kofi Buah admitted government has had discussions with CNOOC Ltd but did not confirm or deny that a five billion dollar bid had been presented to Kosmos. He however told Citi Business that government through the GNPC has had discussions with a number of companies but until Kosmos decides to offload its shares, any speculations as to who was bidding for what shares would remain mere speculations.