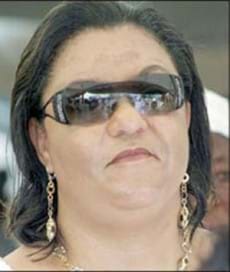 
Trade Minister Hannah Tetteh has defended the burning of seized foreign textiles by the Customs, Excise and Preventive Services, insisting it is to serve as a deterrent to persons who have chosen to abuse the intellectual property rights of local manufacturers and prevent them from reaping their ill-gotten gains. Some members of the public have expressed concern about the policy of burning such products instead of donating them to the needy. But speaking on the Citi Breakfast Show on Friday October 8, 2010, Ms Tetteh said inasmuch as it may be laudable to donate such seized products, it might only encourage people engaged in the illicit trade; it is to demonstrate the Ministry’s willingness to protect local manufacturers that the decision to burn seized items was taken. “We want to make it very expensive” for those who engage in such practices, who run the risk of “seeing their investment go up in smoke. When you see your fabric go up in flames, it serves as a greater incentive to prevent smuggling” she told show host Moro Awudu. To the apologists for those engaged in the illegal trade, Ms Tetteh had this to say: “When you see a Ghanaian textile on our market, manufactured by GTP or ATL or Printex, don’t just think about that fabric. Think about the young people from the University of Science and Technology who did design and who are employed by those companies as graphic designers. "Think about the people who work in those factories at every stage of the production process. Think about the cotton farmers who are able to sell their products for the creation of graybaft, which is being used for manufacturing those textiles. And think about” the consequences “when they steal their intellectual property, their design.” By destroying the pirated fabrics, the aim is to destroy the capital base of those stealing from the local manufacturers in order to keep those engaged in the cotton value chain and continue providing employment for those employed in the industry, she said. In July this year, officials of the Customs Excise and Preventive Service, Ministry of Trade and Industry as well as four local manufacturing firms signed a Memorandum of Understanding (MOU) in Accra to burn seized foreign textiles bearing trademarks of local textile manufacturers to protect local businesses. The firms are; Akosombo Textiles Limited, Texstyles Ghana Limited, Printex Ghana Limited and Ghana Textiles Manufacturing Company. Mr Ed Richard Kumah Lanyon, CEPS Commissioner, explained that the MOU is to ensure co-operation and support from the parties and protect intellectual property of manufacturers. Mr Lanyon said with the MOU in place, staff of CEPS would be educated and provided with albums of trade marks of manufacturers registered at the Registrar General's Department. "Those with trademarks of local manufacturers imported into the country would be seized," he said. He assured the public that CEPS personnel would continue to be vigilant.