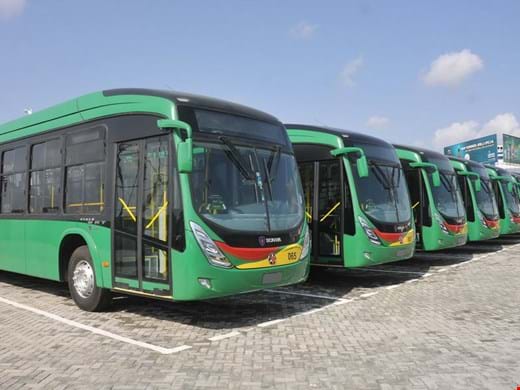 The Bus Rapid Transit (BRT) system on Monday began a pilot test of operations in some parts of Accra by offering free rides to commuters.

The free rides which will end on Friday will help the operators of the system assess its efficiency.

The route being piloted is the Amasaman-Achimota-Ofankor-Tudu stretch with bus stations at Amasaman, Achimota, Ofankor and Tudu.

Speaking on Citi FM Monday morning, the Marketing and Communications Manager of BRT system, Mr Rolan Bruce, said nine buses have been allocated for the test run and will operate from 5am to 12pm during the pilot period.

He explained that “overall, it’s going to limit your stay in traffic between 10 and 15 minutes.”

He noted that other routes would be brought on board within the next six to 12 months.