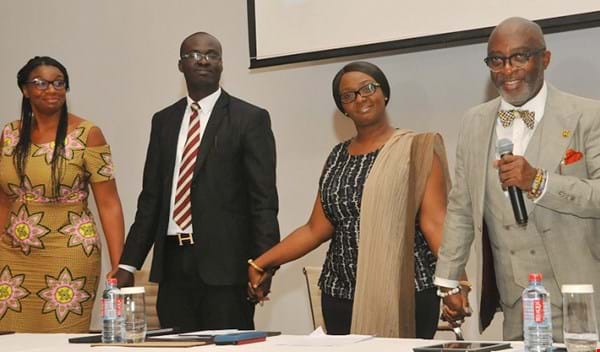 
The 2016 edition of the Ghana Club 100 has been launched with a pledge by the Ghana Investment Promotion Centre (GIPC) to use the platform to attract more Foreign Direct Investments (FDIs) into the country.

It will also be used to encourage partnerships between local and international companies to help grow members of the club in size and profitability.

The Chief Executive of the GIPC, Mr Yofi Grant, who announced this at the launch of the awards, said “We need to reposition Ghana as the best place to do business in West Africa, as well as the best place to invest and the top 100 companies in the country will be used as a bait.”

The annual event develops a database of the top 100 companies yearly as a who is who on the corporate business calendar and ladder.

The deadline for the submission of entries is September 29, 2017 for the event which is on the theme “Industrialisation—a toll for job creation and accelerated economic development’’.

Companies are qualified to enter if they are limited liability in nature.

For companies with government interest, the government’s shares should be less than 50 per cent, unless it is a publicly listed company on the Ghana Stock Exchange.

The qualified companies are expected to submit soft and hard copies of annual reports and audited financial statement of 2014, 2015 and 2016 in addition to a short write up of company profiles of not more than 125 words.

The entries will be ranked by the event’s consultant Ernst and Young based on three main criteria—size (turnover), growth and profitability with each assigned a unique weight.

According to Mr Grant, this year’s event was to send the message out there that GIPC was looking for companies that would help Ghana industrialise and add value to its raw materials and not just those that exported raw materials.

“We are using this year’s event as a launch pad for partnerships between Ghanaian industry and indigenous and foreign capital in a more structured way that we have ever done before. We see those who invest in this country as a precious part of our economic development, therefore, we will build them when we have to.

“As the country positions itself as the gateway to West Africa, the country also needed to create opportunities for more people so that they could scale up from SMEs into industrial giants on the continent.

“We will also use the club to gain government support and interventions to enhance the competitiveness of the corporate sector.We will team up with club members to enhance Ghana’s private sector development through strategic push and pull linkages,” he said.

A representative of Ernst and Young, Mr Daniel Ababio stated that the purpose for demanding that companies submitted a three-year annual report and financial statement was to establish consistency in size, growth and profits.

“We don’t want a situation where a company makes a huge profit or grows in a particular year and then fails in subsequent years, “he said.

The Senior Director of Government Relations of Newmont Ghana, Ms Ama Bawuah, the winner of the number one spot on the GC 100 list in 2015, said the award had tremendous impact on the brand and image of the company, as well as motivated employees to offer give their best.

Other award categories are Tourism, Health and Education. Awards will also be given in other strategic areas. They are GC 100 Best Listed Company on the Ghana Stock Exchange, Largest Company, Most Profitable Company and Fastest Growing Company.

Discretionary awards will include UNICEF’s Coalition of Children’s Award to be presented to the company with the most child-friendly policies, Corporate Social Responsibility Award and the GC 100 Company of the Future Award.