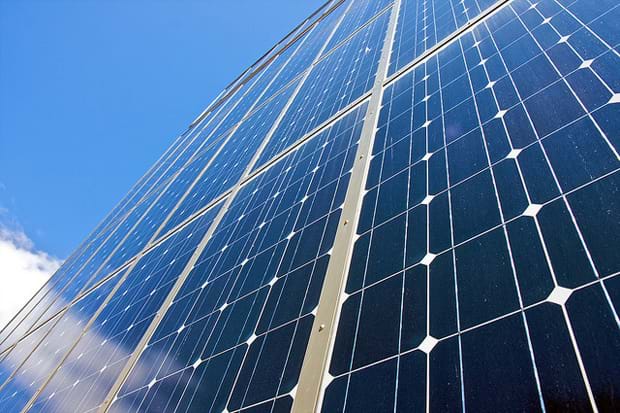 Physicists at the University of Michigan have made a breakthrough discovery that could change the way solar panels are constructed, making them cheaper to manufacture. The team, led by Dr. Stephen Rand, a professor in the departments of Electrical Engineering and Computer Science, Physics and Applied Physics, discovered that at the right intensity, light traveling through a material that does not conduct electricity can generate magnetic effects 100 million times stronger than previously estimated. That magnetic power, could be used to create an "optical battery," Rand said. "This could lead to a new kind of solar cell without semiconductors and without absorption to produce charge separation," Rand said. "In solar cells, the light goes into a material, gets absorbed and creates heat. Here, we expect to have a very low heat load. Instead of the light being absorbed, energy is stored in the magnetic moment. Intense magnetization can be induced by intense light and then it is ultimately capable of providing a capacitive power source." By cutting out the need for solar cells and semiconductors, the new technology could dramatically reduce the costs of manufacturing solar panels. And with solar companies scampering to find ways to reduce costs and stay competitive in a rapidly consolidating market, the technology-if proven on a mass-scale-could revolutionize the industry and make solar a more viable electric generation option. William Fisher, a doctoral student in applied physics who worked on the research project, explains that the process uses "optical rectification," a process by which light's electric field causes a charge separation, or a pulling apart of the positive and negative charges in a material. That separation creates power, as the negative and positive charges flow to one another. Rand and Fisher found that under the right circumstances and in other types of materials, light's magnetic field can create the same effect. "It turns out that the magnetic field starts curving the electrons into a C-shape and they move forward a little each time," Fisher said. "That C-shape of charge motion generates both an electric dipole and a magnetic dipole. If we can set up many of these in a row in a long fiber, we can make a huge voltage and by extracting that voltage, we can use it as a power source."