T A Boateng Laid to Rest 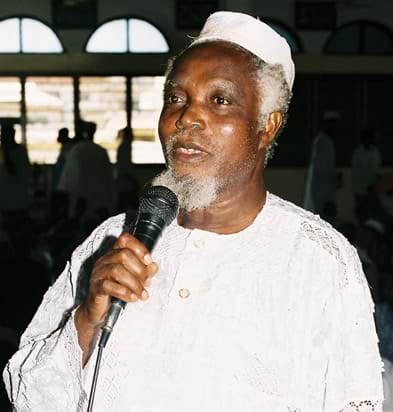 T A Boateng Laid to Rest Website
Mr T. A. Boateng The former Regional Director of Education Ashanti has finally been laid to rest after his demise on the 27th of June 2011. As he was a muslim and part of the Ahmadiyya Jamaat, his burial had to be within 24 hours. He was a very simple man whose death has been felt by a lot of people across continents. In line with this, Ritual Prayer for the dead called Janaza in Arabic was offered for him at the Accra Mission House, then another offered at the cemetary grounds at Kasoa. janaza Gaib will be offered to him in Kumasi. On the global scene,Janaza Gaib has been arranged for him in USA, New Zealand and UK. Anybody who has had the opportunity to be associated with Mr Boateng saw him as a selfless, friendly, jovial, religious, honest and peaceful person. His name Nasir which means the helper was given to him during the first visit of the Ahmadiyya Spritual Leader of the time Halifatul Masih III to Ghana. a lot of people to have been affected by TA will bear witness that truely Mr Boateng lived by his name as a helper. Mr Boateng was a talented Chemistry Teacher who gave extra help to his students for free to help them pass their A-Level Chemistry. whilst he was the headmaster at T. I. Ahmadiyya Secondary School Kumasi. He Authored a number of chemistry books. He was survived by a wife Mrs Khadijah Boateng , Six sons: Sadique Boateng - 2008 National Best Teacher , Mohammed Agyei-Boateng -Teacher UK, Nuruddin Boateng - IT Consultant/Teacher New Zealand, Rafiq Agyei Boateng - Teacher Ghana, Abdus Salaam Boateng - Ghana, Zacharia Boateng - Ghana and 4 daughters: Mrs Ayesha Boateng Ahmed -Nurse Korle Bu , Mrs Nusrat Kwakye -Nurse UK, Mrs Khadija Andoh - US and Mrs Jamila Asante- Nurse Ghana A special website is been constructed in honour of his life work http://www.ta.boateng.org/